Animals have been a source of inspiration for many artists. From art about rural life and growth, to myths and legends, animals are used in art in many different ways. Art can help us explore our relationship to wildlife and can help us think about how we care for animals and the environment. 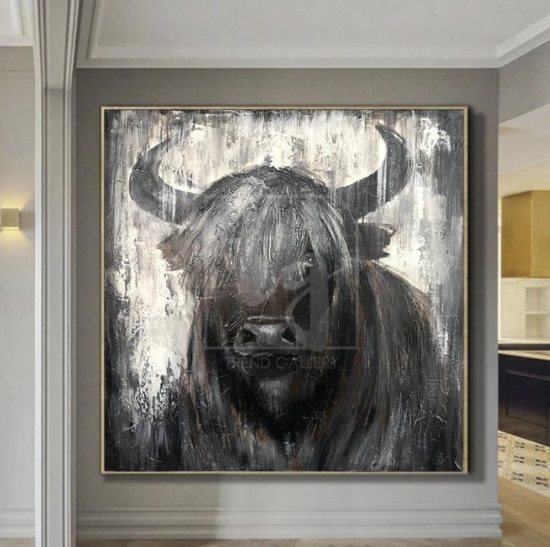 Animal paintings are the first of all surviving forms of figurative art, seeming to pre-date even representations of humans, boats, etc., in Palaeolithic cave paintings. They include graceful and accurate depictions of bison, horses and deer of various kinds, and may suggest records of a hunt, prayers to the gods to influence future hunts, or other ritualistic practices. The earliest (in the cave of El Castillo, Spain) date from more than 40,000 years ago. In Egyptian tomb paintings, the gods are represented by animals, or are portrayed with animal heads, which convey aspects of their nature: Anubis, the jackal-headed god associated with funerary rites and the afterlife, and Hathor, who might be depicted simultaneously as a cow, a lion-headed goddess and a snake. Animals also appear simply as themselves: for instance, in the technically-assured and sophisticated paintings from the tomb-chapel of Nebanum, British Museum (c.1390-1352 BC), which are filled with extraordinarily naturalistic geese, cattle, and minutely-differentiated river birds. Trade with Greece influenced Archaic and Classical art, but animal paintings tend to be stylized, decorative and often mythological, such as sphinxes (Corinthian vases of c.7th century BC; Lydian and Attic, of c. 6th century); whereas Roman art restores the extreme realism of the Nebanum paintings in, for instance, the mosaics of c. 300 AD, found in Lod, Israel (Metropolitan Museum, NY).

Mediaeval paintings use animals symbolically (rather as in Egyptian art), to represent Christian virtues, vices, and aspects of various persons or narratives (Christ’s name as a fish, Christ as the Lamb, the personifications of the Four Evangelists, the dove of the ark, the phoenix and peacock indicating immortality, lions for strength and courage, pelicans for charity), whilst many saints were given animals as attributes (St Jerome’s lion, St Hubert’s stag, St Paul’s raven). These appear in wall paintings, altarpieces, and in illuminated manuscripts; the latter also use animals decoratively, and often with great humour, in the borders and initials of pages of text, whilst bestiaries (from c. 10th century AD) classify animals and often illustrate them in elaborate images.

During the Renaissance, whilst images of the Nativity traditionally contained sheep, asses and cows, and the Adoration of the Magi, horses and camels, the study of animals in a scientific spirit was also part of the contemporary impulse to investigate and understand all aspects of the world. Dürer’s watercolour studies of a Dead blue roller, Wing of a roller and Hare (1500-12, Albertina, Vienna) are as accurate, well-observed and contemporary in appearance as any modern animal painting, and Leonardo drew countless studies of, for example, cats, sleeping and in movement (transforming some of them to dragons). Paintings of Noah’s ark became more popular, perhaps as a result of such artistic study; Jacopo Bassano’s Animals boarding Noah’s Ark, (post-1590, Museu Nacional de Belas Artes, Brazil; Galleria Doria-Pamphijli, Rome; post-1579, Louvre), include monkeys, lions, llamas and peacocks.

During the Baroque period, the secularizing trend of the earlier studies and watercolours continued; Netherlandish artists in particular, such as Frans Snyders, executed vast and opulent still life paintings, full of dead game (both everyday and exotic); dead game with living animals (such as cats, dogs and squirrels); and battles and hunts involving live animals. The accumulation of shape, texture and colour in the complex still life compositions, and of violent movement, contraposto and sculptural interweaving in the hunts and fights express the essence of the Baroque; these works were virtuoso exercises in theatre, and were desirable to collectors wanting to decorate their dining rooms and entrance halls. Rococo artists tackled many of the same subjects, but in a far less violent way; 18th century French animal paintings depict sitters playing with animals; small still life compositions; more restrained hunting scenes; and portraits of pets.

In Britain George Stubbs’s work was immensely popular, and became intimately interwoven with the habits of the British aristocracy through his skill in painting horses and other animals. His study of their anatomy through dissection gave him the knowledge to attract a body of patrons which ensured his prosperity throughout his life (Cheetah and stag with two Indians, c.1765, Manchester City Art Gallery). Late in life he was still receiving commissions for group portraits of hunts with their hounds, and was patronized by the Prince of Wales into his seventies. In the 19th century his mantle fell upon Landseer, who was equally skilful as an animal painter, but tended (in line with the times) to anthropomorphize his subjects – sometimes to the point of sentimentality (Trial by jury, 1840) – as did Briton Rivière. In France orientalism brought the possibility of representing exotic animals in credible settings; Gérôme’s work is full of strikingly well-painted tigers, lions, leopards and camels, whilst amongst the Impressionists, Renoir seems to have depicted animals most frequently – although these are domestic portraits, mainly of dogs. Gauguin’s work is also full of animals – cows, horses and dogs, although he often used them, especially in his later paintings, for symbolic value.

Like portraiture, which has continued to have an enduring appeal for collectors wishing to immortalize themselves and their families, despite the universality of photography, animal paintings have also kept their appeal: wildlife subjects and domestic pets are equally popular, and there are a number of successful artists who specialize in horse- and greyhound-racing subjects. 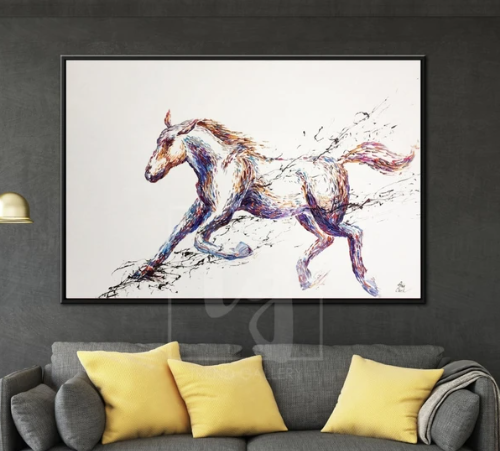 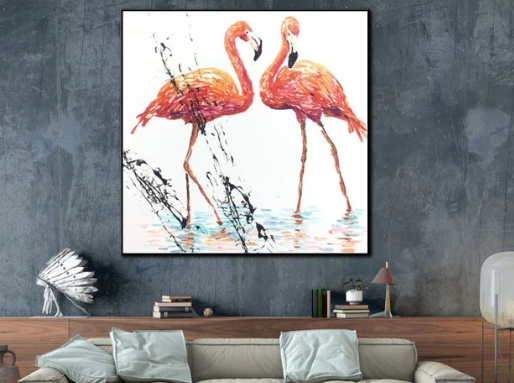 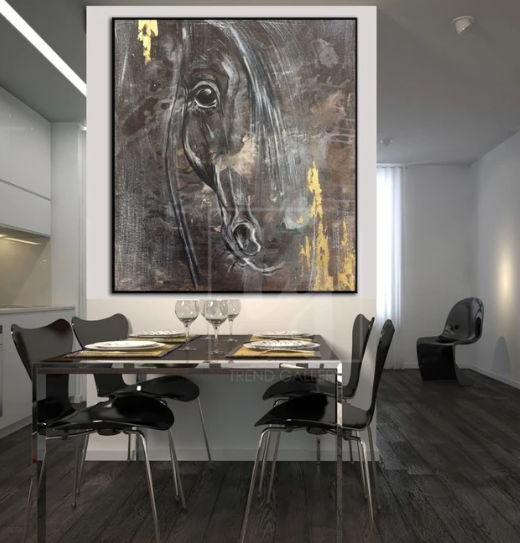 When it comes to animals, exploring habitats is one of the central themes for artists. With a world of textures, colours and shapes to explore, nature is an exciting feature in many artworks.

Animals in artworks can make us consider our own relationship to nature. How do we treat wildlife and its environment? Are there some animals we look after more than others?

Animals live in a complex network of environments. This is called an ecosystem. Artists like to explore these ecosystems to tell stories.

The modern and contemporary art fixates on the forms of animals and investigate the technology behind art. Portraits of animals encourage viewers to see pets in a humanizing light by using an art form typically reserved for human subjects 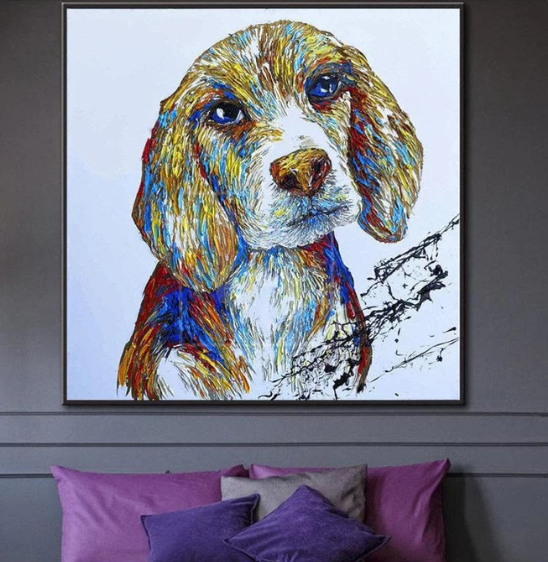 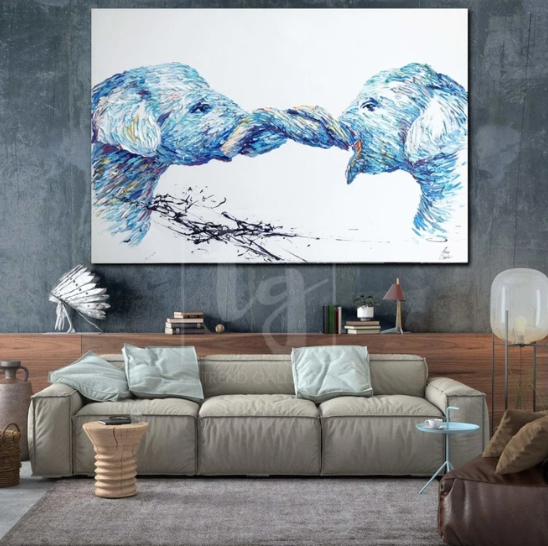 Animals are everywhere in myths, fables and fairy tales, in religious writings and in cartoons. In our narratives, we imbue animals with human traits and speech, making them metaphors for strength and wisdom, sexuality and death, or beauty and fragility. The artists of Trend Gallery Art have keen eyes for the meaning and significance of animals in our quest for insight into life.